90,000 young adults in U.S. may get cancer this year a new report projects. 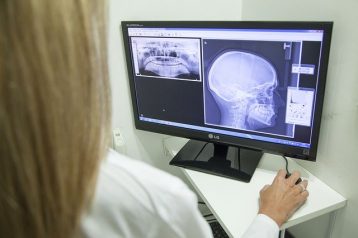 “Better treatments make that possible but many working-age individuals are simply unprepared for costs of medical care that is not covered by their health insurance,”

A new report just published finds that nearly 90,000 Americans between ages 15 and 39 will be diagnosed with cancer this year. Some 90 percent will survive although the report shares that more than 9,200 will die.

The report shared on Webmd notes that cancer deaths are higher among Black people than white people (nearly 13 per 100,000 versus 9). Fifty-seven percent of Black patients survive lymphocytic leukemia compared with 71% of white patients. For breast cancer, the survival rates are 78% for Black people and 89% for white people.

Between 2007 and 2016, annual rates of melanoma declined between 4 percent and 6 percent among 15- to 29-year-olds. However, the findings reveal that among 30-to 39-year-olds, rates dropped only slightly among men and were unchanged among women.

The study was published Sept. 17 in the society’s journal, CA: A Cancer Journal for Clinicians.

Cancer under 40: planning is important for younger men and women

“While we tend to say that cancer planning should really start around age 40, the new study is reason for younger people to become aware of the real risks,” explains Jesse Slome, director of the American Association for Critical Illness Insurance. “Every few seconds another American hears the words, ‘you have cancer’ which for all is a truly life-changing event cancer.”

“Thankfully the vast majority of these 90,000 young people will survive,” Slome notes. “Better treatments make that possible but many working-age individuals are simply unprepared for costs of medical care that is not covered by their health insurance. Plus, many will need to take time off from work. A modest cancer insurance policy purchased can cover those uncovered costs. It can be like receiving a huge stimulus check to replace lost income while you undergoes treatment and recovery time.”

The American Association for Critical Illness insurance provides a Cost Calculator. Use it to see an instant cost for $10,000 of benefits paid following a cancer diagnosis. If you are offered employer critical illness insurance coverage at work this year, see what to compare.