Adults with the healthiest sleep patterns had a 42 percent lower risk of heart failure. 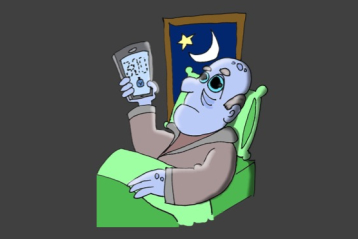 Adults with the healthiest sleep patterns had a 42 percent lower risk of heart failure. *

“planning for the financial consequences of a heart attack or stroke is so important for all men and women starting in your 40s and 50s.”

Healthy Habits News Report – November 27, 2020 Researchers studying data on over 400,000 United Kingdom individuals report a significant finding. Adults with the healthiest sleep patterns had a 42 percent lower risk of heart failure regardless of other risk factors. Healthy sleep patterns include rising in the morning, sleeping 7-8 hours a day and having no frequent insomnia, snoring or excessive daytime sleepiness.

Their findings compared to adults with unhealthy sleep patterns. The research was just published in the American Heart Association’s flagship journal Circulation.

The observational study examined the relationship between healthy sleep patterns and heart failure. Data on over 408,000 United Kingdom participants was included. Participants were between ages 37 to 73 at the time of recruitment (2006-2010). Incidence of heart failure was collected until April 1, 2019. Sleep duration was defined into three groups: short, or less than 7 hours a day; recommended, or 7 to 8 hours a day; and prolonged, or 9 hours or more a day.

The researchers recorded 5,221 cases of heart failure during a median follow-up of 10 years.

After adjusting for diabetes, hypertension, medication use, genetic variations and other covariates, participants with the healthiest sleep pattern had a 42% reduction in the risk of heart failure compared to people with an unhealthy sleep pattern.

“Our findings indicate that endothelial-derived EVs (EEVs) could protect cardiac tissue from reoxygenation injury in part by supplementing the injured cells with proteins and signaling molecules that support different metabolic processes, paving the way for new therapeutic approaches,” said André G. Kléber, a Visiting Professor of Pathology at Harvard Medical School and co-author of the study.

”Heart attacks are a real risk for men and women,” explains Jesse Slome, director of the American Association for Critical Illness Insurance and editor of the Health yHabits News Report. “This year about 805,000 Americans will have a heart attack, with three-in-four of those first heart attacks. Thanks to better emergency treatment and medical advances such as this new research more and more heart attack victims survive. The same can’t be said for their finances following a heart attack. That’s why planning for the financial consequences of a heart attack or stroke is so important for all men and women starting in your 40s and 50s.”