A new compound starves the growth of cancer cells. Future anti-tumor drug for the future likely. 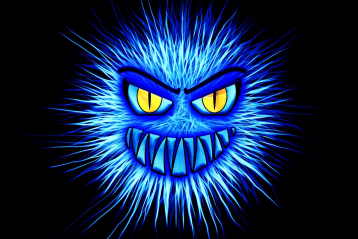 A newly developed compound starves the growth of cancer cells offering a potential anti-tumor drug for the future. *

“It (cancer insurance) allows you to focus on your recovery not worry about the bills piling up,”

These findings was based on researchers from the Max Planck Institute for Biology of Ageing in Cologne, Germany as well as the Karolinska Institute in Stockholm and the University of Gothenburg. Their report finds that this compound could be used as a potential anti-tumor drug in the future.

According to the summarized report in Science Daily, the international team of researchers managed to establish a potential cancer drug that targets mitochondrial function without severe side effects and without harming healthy cells.

The research team designed a test method for identifying a chemical compound that strongly decreased cancer cell viability and tumor growth in tumor-bearing mice. It was generally well tolerated by the animals. “Our data suggest that we basically starve cancer cells into dying without large toxic side effects, at least for a certain amount of time.

“Millions of American men and women will be diagnosed over the next few years and thanks to scientific discoveries like this the likelihood of survival following treatment increases dramatically,” says Jesse Slome, director of the American Association for Critical Illness Insurance. “A cancer diagnosis is no longer a death sentence. But in addition to the health implications there is a financial impact that planning can help avoid.”

“Even with good health insurance, those who get cancer may face bills for medical treatments, health insurance plan deductibles and out-of-pocket costs not covered by their insurance,” Slome explains. “In addition, income is often reduced because people will take time off from work.” A modest cancer insurance policy that provides $20,000 of immediate cash benefit can cover those uncovered costs and replace lost income. “It allows you to focus on your recovery not worry about the bills piling up,” Slome suggests. And, the premium costs can be surprisingly affordable.”

The American Association for Critical Illness insurance website offers an instant insurance cost calculator. The online calculator provides an example of costs for $10,000 or cancer insurance protection. A benefit of $20,000 would cost twice the shown amount in yearly premiums.