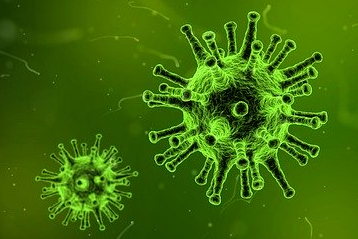 A new study reports breast cancer data for women in 41 countries globally showing where and why rates are increasing. *

“A modest cancer insurance policy purchased in your 40s can cover those uncovered costs and replace lost income while one undergoes treatment and recovery time,”

Researchers examined breast cancer incidence and mortality trends over a 15­ year period. The study population comprised women diagnosed with invasive breast cancer. It classified premeno­pausal cases and deaths as those arising in women younger than 50 years. For the study postmenopausal cases and deaths were classified as those that occurred from age 50 years onward. The scientists noted that inter­nationally the average age of natural menopause is 45–55 years of age.

The publication notes a unique finding of the study. The scientists noted slower but significant increases in breast cancer incidence confined to premenopausal women in some high­ income industrialized countries. “While we acknowledge that changes in the previously described factors might have played a part in the risk,” they note. “Particularly reproductive factors, these are unlikely to account completely for the significant trend. Because growth in incidence of post­menopausal breast cancer was not noted, for which reproductive factors are also risk factors.”

They conclude the report with the following recommendation for women. “Although early diagnosis and access to treatment remain crucial, primary prevention efforts seeking to decrease excess body weight and alcohol consumption and increase physical activity and breastfeeding are warranted in all world regions to curb the future breast cancer burden.”

“Around 270,000 U.S. women will be diagnosed with invasive breast cancer this year,” explains Jesse Slome, director of the American Association for Critical Illness Insurance. “More than half of the women will be between ages 50 and 69.”

“There is a real need for women to take steps to financially plan for this very real risk,” Slome notes. “New treatments for those diagnosed offer great benefit. But many women are simply unprepared for costs of medical care that is not covered by their health insurance. Plus, many will need to take time off from work. A modest cancer insurance policy purchased in your 40s can cover those uncovered costs and replace lost income while one undergoes treatment and recovery time.”

The American Association for Critical Illness insurance provides a Cost Calculator. Use it to see an instant cost for $10,000 of benefits paid following a cancer diagnosis. If you are offered employer critical illness insurance coverage at work this year, see what to compare.