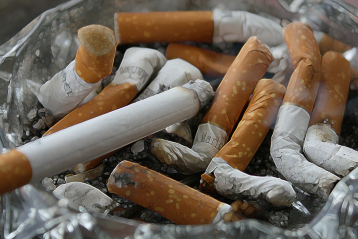 Black Americans who smoke face a significantly higher risk of stroke up to 2.8 times greater *

The risk of stroke may more than double for Black Americans who smoke.

Smoking raises stroke risk. A new study reports that the risk of stroke may more than double for Black Americans who smoke. The risk gets higher based on the number of cigarettes that are smoked.

The findings were just published in the Journal of the American Heart Association. Researchers used data from the Jackson Heart Study. This is the largest study focused on cardiovascular risk factors for Black Americans. The study included 5306 participants, aged 21 to 84 years.

The researchers accounted for other risk factors such as high blood pressure, diabetes, age, and high cholesterol. They found that the stroke risk was 2.5 times higher for current smokers compared with people who never smoked. Individuals who smoked more than 20 cigarettes a day, had a stroke risk of 2.8 times greater.

A significant finding suggests benefits for quitting. The study reported no significant difference between smokers who had quit and individuals who had never smoked.

Black Americans are twice as likely to die from a stroke

“Stroke is a leading cause of death and illness,” shares Jesse Slome, director of the American Association for Critical Illness Insurance. “Cigarette smoking significant increases the risk. Prior studies show that Black Americans are disproportionately affected more by stroke.”

Compared with white Americans, the risk of having a first stroke is nearly twice as high for blacks. Other studies have found that blacks are twice as likely to die from stroke.

“One American has a stroke every 40 seconds,” Slome explains. “Smokers have a significant risk and the financial consequences can be significant. That’s why some planning in your 40s or 50s is so essential.” Smoking raises stroke risk the critical illness insurance expert points out. “The more you smoke, the more you stroke,” he adds.

Slome offers some suggestions for getting the best value for critical illness insurance costs. “Some insurers offer uni-smoker rates where smokers and non-smokers pay the same yearly premium,” Slome points out. “That can amount to a significant savings for insurance coverage. If you can find that, definitely see if you can qualify.”

To learn more read what does critical illness insurance cover or to find a quality insurance company call the Association at 818-597-3205.