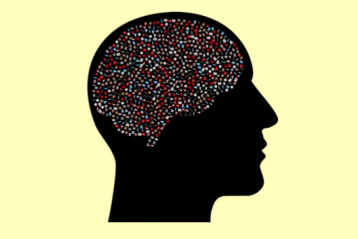 “Men and women after reaching age 40 should be aware of the risk of cancer and some planning today is essential,”

Antidepressant helps cancer inhibition, Healthy Habits News. November 18, 2020: New research published in Molecular Cancer Therapeutics, a journal of the American Association for Cancer Research reports that the antidepressant sertraline helps to inhibit the growth of cancer cells. The study on cell cultures and lab animals was performed by research labs of KU Leuven.

According to the summarized report in Science Daily, cancer cells use different biological mechanisms to stimulate their growth. In certain types of breast cancer, leukemia, skin cancer, brain tumors and lung cancer, the malignant cells produce large amounts of serine and glycine, two amino acids. This production stimulates the growth of cancer cells to such an extent that they become addicted to serine and glycine.

“This mechanism is an interesting target because cancer cells are so dependent on it,” says Professor Kim De Keersmaecker, head of the Laboratory for Disease Mechanisms in Cancer. “Healthy cells use this mechanism to a lesser extent and also take up serine and glycine from food. This is not sufficient for cancer cells, however, meaning they start producing more. If we can halt this production, we will be able to fight the cancer without affecting healthy cells.”

Setraline us an antidepressant in a group of drugs called selective serotonin reuptake inhibitors. Sertraline affects chemicals in the brain that may be unbalanced in people with depression, panic, anxiety, or obsessive-compulsive symptoms.

Cancer awareness and planning is important

“Men and women after reaching age 40 should be aware of the risk of cancer and some planning today is essential,” says Slome, director of the American Association for Critical Illness Insurance. “A cancer diagnosis is no longer a death sentence. But in addition to the health implications there is a financial impact that planning can help avoid.”

“Those who get cancer may face bills for medical treatments, health insurance plan deductibles and out-of-pocket costs not covered by their health insurance. Plus, it’s more than likely that one will take time off from work. A modest cancer insurance policy can cover those uncovered costs and replace lost income. “It allows you to focus on your recovery not worry about the bills piling up,” Slome suggests. And, the costs can be surprisingly affordable.”

The American Association for Critical Illness insurance makes available a Cost Calculator. The online calculator provides a pretty accurate example of costs for $10,000 or cancer insurance protection. It can be accessed on the Association’s website.