What we eat may affect the outcome of cancer treatments such as chemotherapy a new study finds. 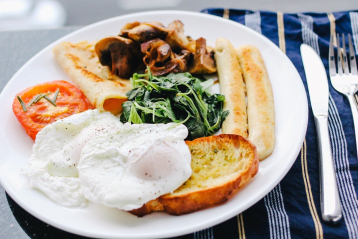 What you eat can affect your current health as well as the outcome of chemotherapy treatments.*

“Not just our health but the microorganisms within us that play a role in treatments when we have disease,”

Diet and cancer news, June 9, 2020: Scientists report that what you eat can affect the outcome of chemotherapy and possibly other medical treatments.

Researchers at the University of Virginia conducted studies. Their aim was to see what links could be found between diet and cancer treatments chemotherapy. In their findings they note that other scientists have observed microbes and diet affecting treatment outcomes before. However, the new UofV research stands out. That is because it is the first time that the underlying molecular processes have been fully dissected.

According to their findings, diet can cause microbes in the gut to trigger changes in the host’s response to a chemotherapy drug. They reported that common components of our daily diets such as amino acids could impact. They could either increase or decrease both the effectiveness and toxicity of the drugs used for cancer treatment.

“Medical doctors regularly advise us about the importance of nutrition on health,” states Jesse Slome, director of the American Association for Critical Illness Insurance . “This new research points out with enormous power that what we eat affects us. Not just our health but the microorganisms within us that play a role in treatments when we have disease.”

Can increase toxicity of chemotherapeutic drug up to 100-fold

The changes that diet triggers on the microorganisms can increase the toxicity of a chemotherapeutic drug up to 100-fold. the researchers found using the new lab model they created with roundworms. “The same dose of the drug that does nothing on the control diet kills the [roundworm] if a milligram of the amino acid serine is added to the diet,” said Wenfan Ke, a graduate student and lead author of a new scientific paper outlining the findings.

Eyleen O’Rourke, PhD, of UVA’s College of Arts & Sciences, the School of Medicine’s Department of Cell Biology noted the following. “The first time we observed that changing the microbe or adding a single amino acid to the diet could transform an innocuous dose of the drug into a highly toxic one, we couldn’t believe our eyes. Understanding, with molecular resolution, what was going on took sieving through hundreds of microbe and host genes. The answer was an astonishingly complex network of interactions between diet, microbe, drug and host.”

According to a report based on the research in Science Daily. “The data show that single dietary changes can shift the microbe’s metabolism and, consequently, change or even revert the host response to a drug.” The report was published in Nature Communications. Cost of cancer care data can be accessed on the Association’s website.

“Because even the best health insurance policies do not cover all expenses, Slome recommends that individuals consider a small amount of cancer insurance coverage. “Look at the cost for coverage equal to between six and 18 months of your rent or mortgage payments.” According to AACII a growing number of critical illness insurance plans include a separate cancer insurance only plan option.  “That will give you the greatest options within a single company,” Slome explains. “Plus the cost for cancer only insurance coverage is going to generally be the most affordable option.”

If you are considering employer critical illness insurance consult the AACII checklist of questions to ask before signing up. And, for additional information consult the Association’s website or call 818-597-3205 to learn more.