1 in 5 cancer survivors stays at job due to fear of losing their health insurance. 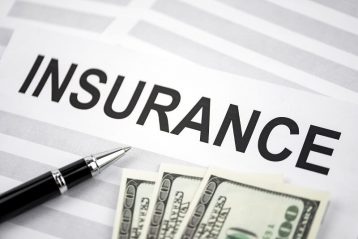 1 in 5 cancer survivors stays at their job because they fear losing their health insurance coverage.

“Cancer can be a financial killer for the average American. The average costs for treatment run in the $150,000 range and even the best health insurance does not cover everything.”

A new study reports that 1 in 5 cancer survivors hang on to their job only for the insurance. The study was published in JAMA Oncology.

The researchers examined data on cancer survivors who answered a formal questionnaire in 2011, 2016, and 2017. The surveys are part of the Medical Expenditure Panel Survey: Experiences with Cancer Survivorship.

“Being diagnosed with cancer is a devastating experience,” states Jesse Slome, director of the American Association for Critical Illness Insurance. “Few of us ever think about all the implications connected to that especially for the majority of people who become cancer survivors. Job lock means you won’t leave your job mainly because you need the health insurance coverage.”

This year 1.8 million Americans will be diagnosed with cancer. “Cancer can be a financial killer for the average American,” declares Slome. The average costs for treatment run in the $150,000 range and even the best health insurance does not cover everything.”
Some points out that many plans today have high deductibles and co-payments.

Cancer patients are two and a half times as likely to declare bankruptcy as healthy people. Researchers have found that those patients who go bankrupt are 80 percent more likely to die from the disease than other cancer patients. This data comes from studies conducted by the Fred Hutchinson Cancer Center in Seattle.

“A modest cancer insurance or critical illness insurance can literally be a lifesaver,” says Slome. “You want good medical care but you also need good financial care.” Today many critical illness insurance plans offer a cancer-only option. “Cancer is the greater risk especially at younger ages,” Slome advises. “For those in their 40s, it can be a suitable option and certainly far more affordable which is always a concern.”

Firstly for men and women in their 40s, cancer is the greater risk they will likely face. Researchers report that heart attacks and strokes tend to occur at older ages. AACII recommends considering an insurance plan that offers both cancer insurance as well as comprehensive critical illness options.

Secondly, individuals are invited to use the Association’s instant critical illness insurance cost calculator. The calculator provides an instant estimate of costs for $10,000 of cancer insurance coverage.

Thirdly, to estimate the appropriate amount of coverage, Slome recommends the following. Consider coverage that will cover your rent or mortgage payment for a time period of between 6 and 18 months. That generally will be a suitable benefit amount. A policy that provides between $10,000 and $25,000 of benefits will be less costly than larger policies.

Other resources recommended by AACII.
The American Association for Long-Term Care Insurance is the national information center for LTC insurance information. Request a free no obligation long-term care insurance cost quote from a LTC insurance specialist.
Turning 65? Find Local Medicare insurance agents on the American Association for Medicare Supplement Insurance website.
Thirdly.
Finally, try to live a more healthy lifestyle. Undeniably it’s the most important thing you can do.