Vitamin A may one day help treat vision loss for those with diabetes. Millions of Americans could benefit. 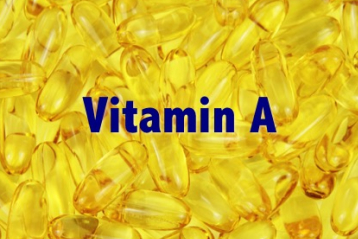 The number of Americans with diabetic retinopathy is expected to nearly double from 7.7 million to 14.6 million.

“This is a serious health issue for millions of working age adults today and more than twice as many in the future,”

Vitamin A blindness health news, June 26, 2020. Researchers report that mice with diabetes that are treated with a vitamin A analog had significantly improved eyesight. The scientists gave a single dose of the chromophore 9-cis-retinal, an analog of vitamin A.

Diabetic retinopathy is one of several common eye diseases. It is the most common cause of vision impairment and blindness among working-age adults in the United States. According to the CDC, from 2010 to 2050, the number of Americans with diabetic retinopathy is expected to nearly double, from 7.7 million to 14.6 million.

The research findings are reported in the July 2020 issue of The American Journal of Pathology. The report was authored by the Department of Physiology, University of Oklahoma Health Sciences Center, Oklahoma City, and the National Eye Institute and the National Institutes of Health in Maryland.

Diabetic retinopathy is an eye condition that can result in the loss of vision for people with diabetes. The condition occurs due to damage to the blood vessels in a diabetic sufferers’ retina.

Medical experts report that vitamin A is crucial for the normal functioning of vision. Health professionals note that it can help with the development of a protein. The particular protein enables the retina to absorb light.

The authors of the new study report that they found evidence that suggests diabetes can lead to deficiencies in vitamin A. They revealed that that 11-cis-retinal was lower in rats with diabetes than in diabetes free rates.

The University of Oklahoma Health Sciences Center’s Dr. Gennadiy Moiseyev, noted that “in an earlier study we found that diabetes causes vitamin A deficiency in the retina, which results in deterioration of vision, even before any vascular changes can be seen. That finding led to the assumption that early changes in vision in diabetes are probably caused by vitamin A deficiency in the retina.”

Blindness may be covered by critical illness insurance

“This is a serious health issue for millions of working age adults today and more than twice as many in the future,” notes Jesse Slome, director of the American Association for Critical Illness insurance. “Blindness can be one of the covered conditions covered by a good critical illness insurance policy.”

“Few individuals between ages 40 and 60 are are prepared for the consequences of an illness like this,” Slome acknowledges. The expert suggests more consumers learn what critical illness insurance covers. “The coverage in small amounts like $10,000 and $15,000 can be far more affordable than people estimate.”